Despite the ongoing impact of the COVID-19 pandemic, Japanese startups managed to raise a cumulative total of ¥461.1 billion JPY ($4.3 billion USD) in 2020, seeing just a 10% decline compared with 2019. In this article, we give an overview of 5 Japanese startups to watch in 2021. Which of them will see continued success, and which were mostly riding on a temporary wave of interest?

Launched in 2018, SODA, Inc. is the company behind sneaker free market app SNKRDUNK. Resale of sneakers is something of a burgeoning market, where certain highly sought after releases can fetch a substantial sum. Trading sneakers is, for some, more lucrative than investing in shares or Bitcoin. But the concept is much the same, with supply and demand informing the going rate. SNKRDUNK’s branding is also on point, with its stark black-and-white design presenting a decidedly youthful and fun vibe.

Having secured total funding of $81.4 million USD, primarily led by Softbank, SODA experienced a whopping 900% increase in sales during the year to May 2021, with CEO Yuta Uchijima remaining confident about continued growth. Currently, the app sees around 2.5 million active users per month. The latest Series C funding round also saw investment from Korean sneaker reseller KREAM, which further speaks to the high level of interest SNKRDUNK is generating. Having already acquired rival company Monokabu which affords the app a huge 80% domestic market share, SODA now has plans to drive its international expansion to become the primary sneaker resale platform globally.

With many following Elon Musk and Richard Branson as they ventured into space, this is a sector that has sparked a giant wave of renewed interest. One Japanese startup, ispace, Inc., has raised significant funding to further support its moon-based missions. ispace was one of the finalists in the Google Lunar XPRIZE competition and is now focused on pushing forward with ‘HAKUTO-R’, a commercial lunar exploration programme. The company’s aim is to tap into the new resources available on the moon that can ultimately benefit those living on Earth—for instance, breaking down the hydrogen and oxygen in the atmosphere to create a sustainable fuel source.

To date, ispace has raised a total of $195.5 million USD in funding, most recently seeing a boost of $46 million USD in its Series C round. This was headed up by Japan-based VC Incubate Fund. Notably, ispace has harnessed Japan’s expertise in manufacturing high quality small-scale technology to create lightweight and cost-effective solutions for space missions. This, and the team’s continued dedication certainly helps to differentiate them from the competition.

Launched in 2017, Ubie is a healthtech startup based in Tokyo. The company specialises in providing healthcare products powered by AI. Available products include; ‘AI Monshin’—an AI-driven medical questionnaire software aimed at professionals working at medical institutions supporting the creation of clinical records, and ‘Ubie’—a consumer-focused AI symptom checking app, overseen by physicians. Ubie enables users to better understand their symptoms by answering questions generated by the AI system so they can learn coping strategies based on the information.

The company has raised $22 million USD in funding across 4 rounds, with investment largely coming from SUZUKEN CO.,LTD, a pharmaceutical distributor in Japan who contributed $18.7 million USD. Ubie also entered into a strategic partnership with SUZUKEN in 2020 with a view to scaling up their existing research & development capabilities, and expanding their services internationally. In May 2020, Ubie also included an additional COVID-19 triage feature to its ‘Ubie for Hospitals’ offering, enabling better patient management at more than 200 facilities during the earlier stages of the pandemic.

Atama Plus is another example of a startup using AI-based solutions to power its offering. This EdTech company creates teaching materials for cram schools—or juku in Japanese—that can boost learning among students. Academic performance is an area that Japanese parents are largely invested in, with around 12 million students attending annually. During 2020 the Japanese cram school industry was worth around $9 billion USD. The key selling point of Atama Plus’ AI software is that it assesses where students are getting stuck with their learning and automatically generates tailored solutions to fill the existing gaps in their knowledge.

The EdTech startup has amassed a cumulative figure of $74.6 million USD across all funding rounds to date. While Atama Plus had only previously received investment from domestic companies (primarily DCM Ventures and JAFCO Group), during the latest Series B funding round in July 2021 there were also investments from non-Japanese companies, including; Pavilion Capital (Singapore) and T. Rowe Price (US).

As Japan’s domestically-produced version of Discord launched in August 2019, Parallel is a social platform that enables users to enjoy watching content together with friends while participating in text or voice-based chat. This was created in response to issues experienced among Discord users in Japan who found the web browser version especially difficult to navigate. At the moment, the majority of Parallel’s users are Gen Z and gamers.

You may be wondering whether there really needs to be another platform of this type, but glitchy user experience and heightened expectations for remote communication apps during the COVID pandemic mean that there is something of a demand for it. The company is also looking to diversify its appeal and capitalise on the ‘stay-at-home’ culture that has become more accepted over the past year or so, creating spaces for communication among family and friends centred around situations including; watching movies, live performances, listening to music, and doing shopping. Parallel currently has more than 1 million users located both inside and outside Japan.

The startup has not disclosed its total funding but it did secure a further $11 million USD Series B funding in June 2021 from investors including; JAFCO Group, KDDI Open Innovation Fund, and Mitsubishi UFJ Capital.

Let us know if you are an international startup seeking investment in Japan. We would love to hear from you!

If you’d like to be featured on the Tokyoesque blog, either in the form of an interview or by writing a guest article related to the Japanese market, please get in touch. 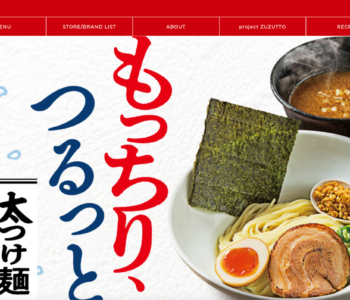