Halloween in Japan 2020: Charming or Spooky?

Halloween has become increasingly celebrated around the world in the past decades, and Japan is no exception to this. However, in every country, Halloween is adapted to suit local interests, and this has made Halloween in Japan a very unique celebration especially in big cities like Tokyo and Osaka.

How is Halloween Celebrated in Japan?

In Japan, cosplay fans already dress up regularly for conventions and stroll around with friends in trendy areas such as Harajuku. Halloween simply gives them another opportunity to dress up as part of a bigger celebration that has become highly commercialised. Therefore, wearing costumes is one of the main attractions of Halloween in Japan, and there are huge Halloween street parties and costume parades in different locations.

On Halloween night, it is possible to find people dressed in costumes of Japanese anime and manga characters, which are the most popular theme; from traditional monsters, characters from computer games, TV shows, and films, as well as cute and sexy outfits. Don Quijote and Daiso are some of the most popular shops to buy costumes, make-up and decorations. However, Halloween-related products can be found at stores all over Japan.

One aspect of Halloween that does not happen in Japan is the tradition of trick-or-treating. Halloween is mainly targeted at teenagers and young adults looking to have fun and party all night long, so asking for candy is not that appealing. Nevertheless, there are some special events for kids in international schools, in which trick-or-treating might somehow be included to demonstrate how Halloween is celebrated in other countries.

Main events during Halloween in Japan

Halloween in Japan is mainly celebrated through street parties where people wear all kinds of stunning costumes and party into the early hours. Parades and costume contests are also among the favourite ways that Japanese people tend to celebrate Halloween. Popular attractions such as theme parks usually have special events to entice more visitors during this season.

In Tokyo, Roppongi Hills, Ikebukuro and Shibuya districts host the most popular street parties of the city. Shibuya Halloween is an unofficial event that has become the biggest in Japan with over 1 million people joining, which reaches its peak between 6pm and 11pm of the night of the 31st. However, the party got out of control in 2018, causing some disruptions, so in 2019, the local authorities had to ban public drinking from October 25th to November 1st.

Another popular Halloween party in Tokyo is the Ikebukuro Halloween Cosplay Festival. This festival started in 2014, and in 2019 gathered over 20,000 cosplayers that dressed up as their favourite anime, manga or videogame characters. Around 100,000 attendees regularly assist as spectators of this festival to watch the different performances that make up this two-day event.

These parties are designed for adults that want to have a good time wearing costumes, hanging out with friends and drinking, so sometimes they can become rather chaotic; therefore, it is better not to attend them with kids.

Crowds of people also gather in Roppongi Hills every year for a kid-friendly parade that has a different theme each year. Besides, cafés and restaurants in that area offer some limited-edition Halloween menus to complement the experience. Another big event taking place during Halloween in Japan is in Kawasaki city in Kanagawa Prefecture.

Usually, the event includes a Halloween parade, live music performances, a costume contest and a dance music party at night. The parade gathers approximately 2,000 participants that walk along a 1.5 kilometre course, and it welcomes over 120,000 spectators. Notably, this event also includes an option for children, as they have their very own parade one day before the main one.

Japanese theme parks are key places that put on a spooky theme during Halloween. Tokyo Disneyland, Universal Studios and Sanrio Puroland offer some unique experiences that enable people to enjoy Halloween in Japan.

Tokyo Disneyland ran the first official Halloween festival in Japan, since then, it has become a popular attraction for Halloween and Disney fans. During this time of the year, adults are allowed to come into Disneyland and Disney Sea wearing Disney character costumes, although throughout the rest of the year this is only allowed for children aged 11 and younger.

During Tokyo Disney’s Halloween events, there are decorations around the park, special menus are available at the park’s restaurants, cafés and food stands, as well as Halloween merchandise that is only available to purchase during this period. Usually, the main highlight of the festival is the “Spooky ‘Boo!’ Parade” featuring over 100 floats. Once it is dark, you can spot ghosts and goblins that glow in the dark walking around the park. Unfortunately, Halloween at Tokyo Disney won’t be held in 2020 to prevent the spread of Covid-19.

Universal Studios Japan, located in Osaka, usually hosts daytime Halloween parades and Halloween Horror Nights. However, these events have been cancelled this year. Nevertheless, they will celebrate their Halloween Event 2020 with Halloween decorations and Halloween music played all around the park. Popular characters in Halloween costumes will be welcoming guests, and a Trick or Treat! experience will be available, where guests will be encouraged to do trick-or-treating with the park staff to receive candy.

All the live events will follow the safety measures necessary to have fun while preventing the spread of Covid-19. There will be a special 2020 event hosted online by Universal Studios Japan. The event will be a cosplay costume contest using a mask, where the winner will get passes to the park.

Sanrio Puroland hosts the Puro Halloween Party every year with a masquerade theme and various types of Halloween parties held at the park during day and night. The entire park is elaborately decorated, and special photo scenes can be found throughout the venue. Halloween food, drinks and merchandise also become available during this period.

In 2020, there will be fewer events taking place in the park, but the Spooky Pumpkin 2020 Streaming will be host online contents for 3 days. The event will include live streaming of music performances, as well as special collaborations with Sanrio characters, such as video chats where they will be wearing Halloween costumes.

During Halloween in Japan, lots of related merchandise becomes available in stores and restaurants, and themed sweet treats are one of the main products of the season.  This year, some of the most notable releases are the KitKat Halloween Break Assorted Pack with 14 different individual colourful designs, which include more unusual flavours like apple pie among the more common ones. The assorted pack bag also comes with instructions to make an origami box, making it an environmentally friendly product that aims to reduce waste.

Another place fond of offering Halloween-specials is at doughnut retailers. For example, Krispy Kreme Japan runs its ‘Monster Harvest’ campaign, which includes cute doughnuts made from seasonal ingredients such as pumpkin and sweet potato. These limited edition doughnuts will be available until November 1st, and it is possible to buy them individually as well as in boxes of 6 or 12. Mister Donut has also released 5 different types of Halloween treats to get customers into the spooky mood.

To keep up with the trend, Floresta Nature Doughnuts is promoting their Cinnamoroll Halloween Doughnuts featuring Cinnamoroll, one of the most popular Sanrio characters. These doughnuts come in two different flavours, cinnamon and cappuccino, and will be available at their stores and online until October 31st.

Starbucks Japan is also offering a Halloween special menu. Their Autumn Sweet Potato Frappuccino is blended with glazed sweet potato and topped with sweet potato, pumpkin and chestnut chips. They also released Halloween merchandise, including mugs and beverage cards. Baskin Robbins, which is more commonly known as ’31’ in Japan, released the 31 Minion Monsters Halloween with autumn flavours available until October 31st. As we can see from these examples, there are many sweet and tasty options to enjoy during Halloween in Japan.

Halloween in Japan 2020: virtual fun in the face of a frightening virus

Besides the online events hosted by theme parks like the Spooky Pumpkin 2020 Streaming planned by Sanrio Puroland, and the Cosplay mask contest organised by Universal Studios, the biggest Halloween events in Japan will have virtual alternatives this year.

To prevent the further spread of Covid-19 while celebrating Halloween in Japan, the Shibuya Ward is asking people to stay at home, and instead, they are hosting an online event. The Virtual Shibuya Halloween Festival will be held online from October 26th to 31st, featuring special events, immersive contents and live performances from artists such as Kyari Pamyu Pamyu and BiSH.

The Ikebukuro Halloween Cosplay Festival will also take place online on October 31st, as well as Kawasaki Halloween, where anybody in the world can participate by posting a costume video across different social media channels using the hashtag #oneworldhalloween from October 1st to 31st.

For those interested in participating in the costume contest, the deadline to post is on October 25th because the winner of the contest will be announced during the online event on the 31st.

Even with the difficulties related to Covid-19, Halloween celebrations in Japan still looks very promising this year, and the range of online options will also allow international audiences around the world to enjoy the party. 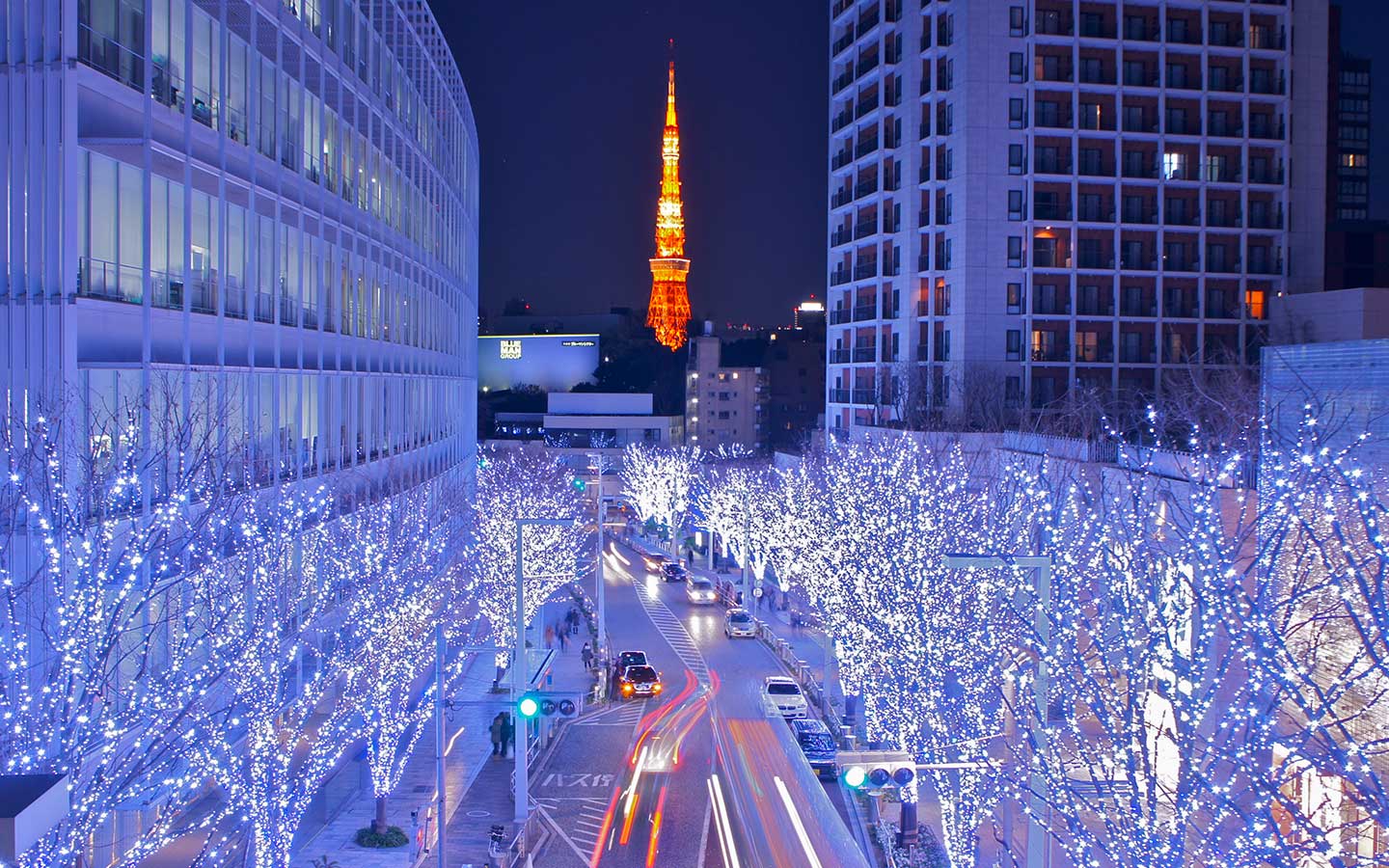 Celebrating the Magic of Christmas in Japan 2020 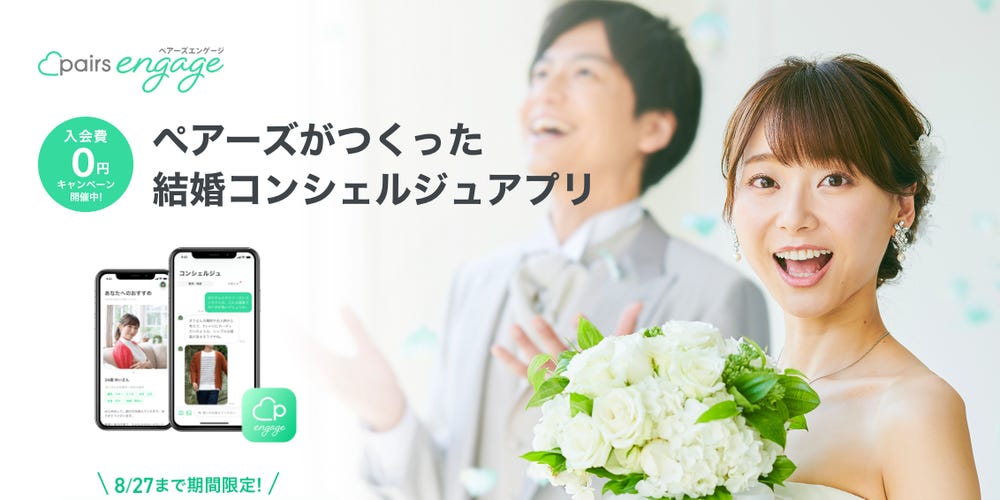 Convenience Stores in Japan: Ubiquitous and Under Reform